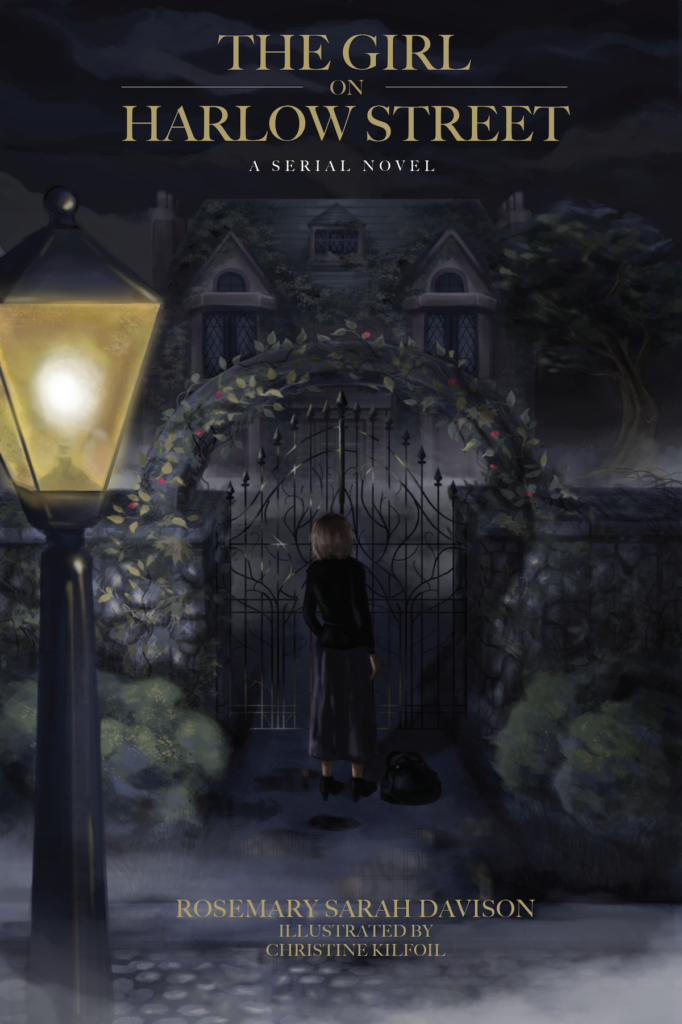 Based on the Victorian tradition of publishing chapters of a novel-in-progress in the weekly newspaper, the first version of ‘The Girl on Harlow Street’ was shared, in serial format, on this website from October 2019 to March 2021, culminating in a 104-chapter manuscript. While the principal storyline was established well before the creation of the site, this initial draft was written as publicly as a first draft could be written.  Once the chapters were reviewed legally, they were posted uncut alongside ‘behind-the-scenes’ articles and a growing gallery of illustrations by artist Christine Kilfoil, the purpose being to show readers the evolution of a story.  A small but mighty following of thirteen readers stayed the course throughout the process, providing insightful feedback and enthusiastic praise for the story.  With the novel’s first public run having come to end, the novel is now coming down in preparation for its launch on Patreon at the end of the year.

The final, edited version of the saga will contain new twists and turns, never-seen-before illustrations, and some big surprises for those who’ve already read the story.  It will continue in serial format on Patreon with a two year (twenty four month) run.  Depending on which tier to which patrons subscribe, they will have access to monthly newsletters, numerous articles, videos, author Q&A’s, a digital copy of ‘Tallow’, a collection of writing featured in the novel, audio recordings of a handful of ‘Tallow’s’ pieces, and a copy of a top-secret document not to be revealed until the ‘epilogue’.  Patrons will also have access to the author’s “Life Notes” and updates on ‘In Memory of Tomorrow’ (In memoria del domani), the serial novel in conception for which Rosemary is learning Italian.

Before ‘The Girl on Harlow Street’s’ launch on Patreon at the end of the year,  you’re invited to read up on the author and the rest of the Harlow Street team, check out Christine Kilfoil’s illustrations in the gallery, and read the prologue on the chapters section of the website.  Regular updates for the novel’s launch event will be posted once the launch date has been set.   Until then, here’s what some of those faithful readers of the novel’s first version are saying. 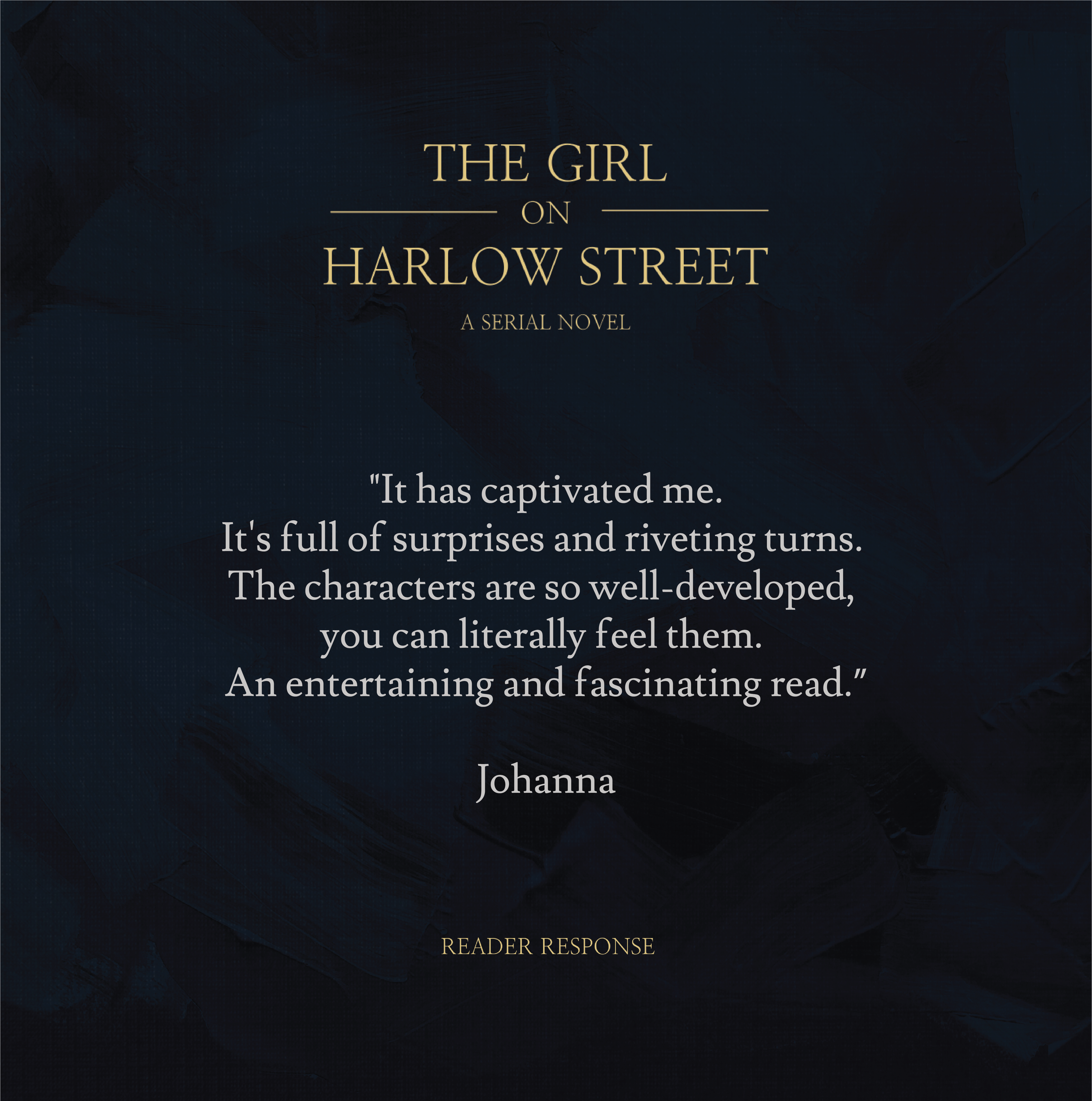 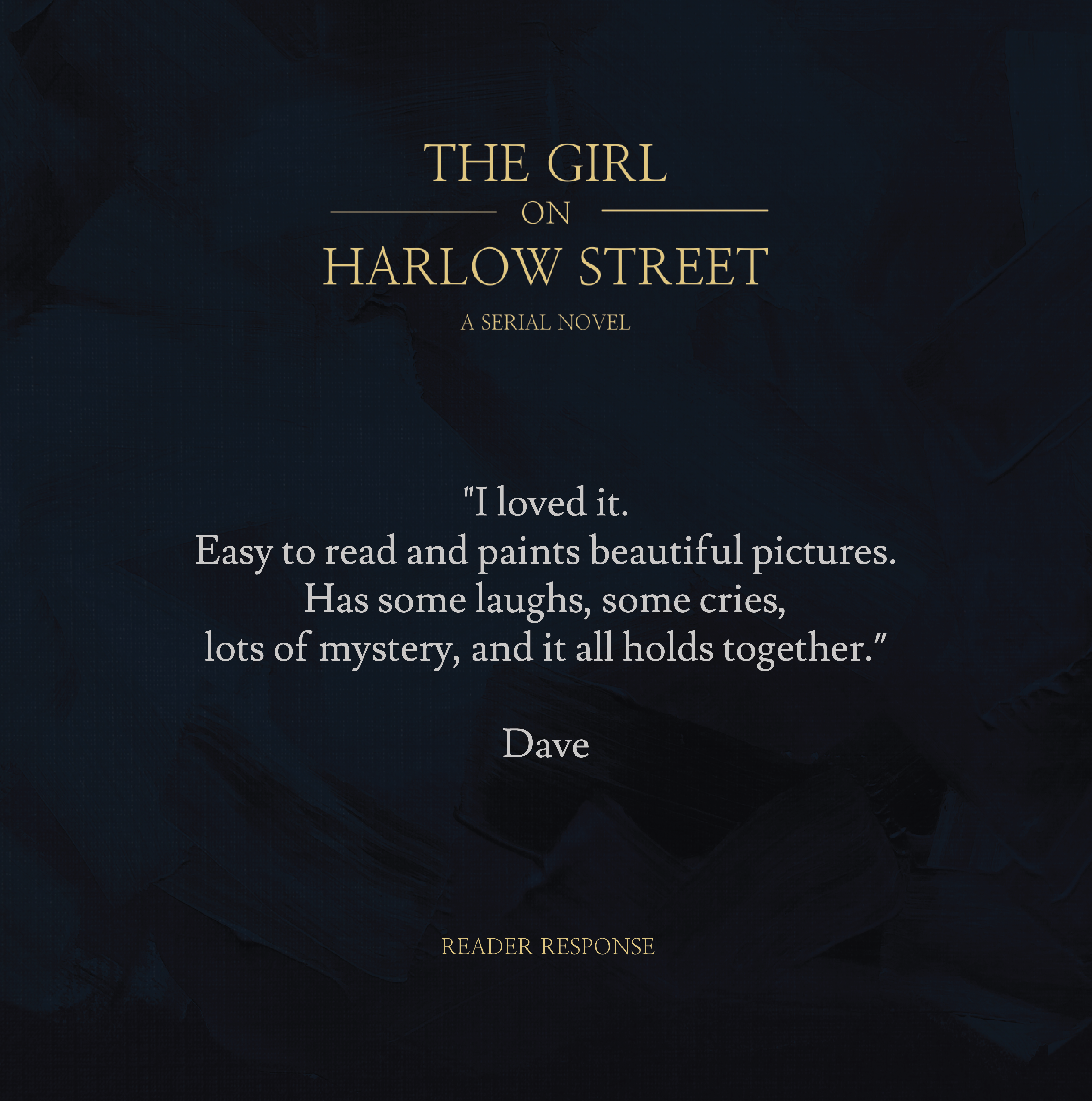 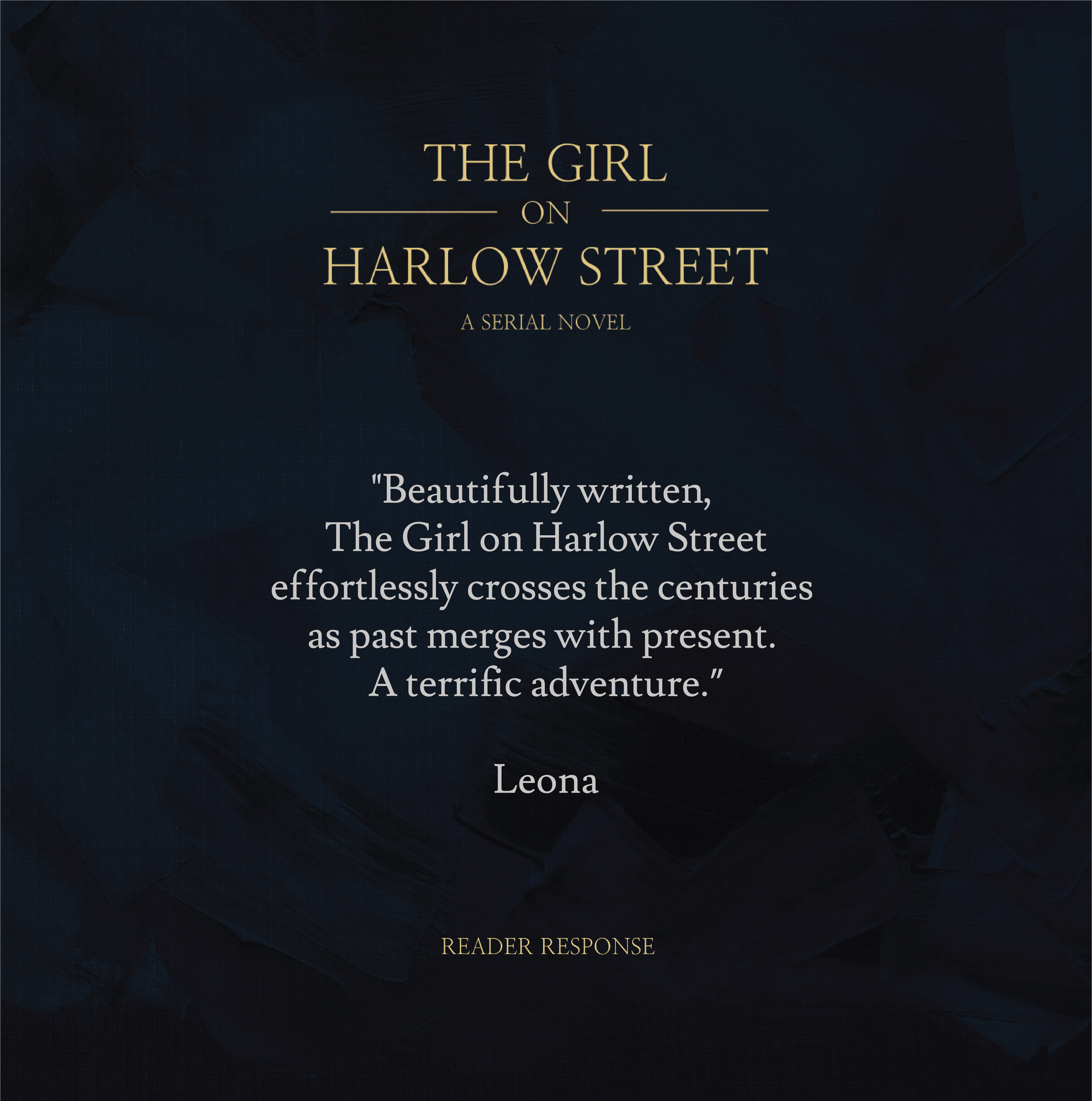 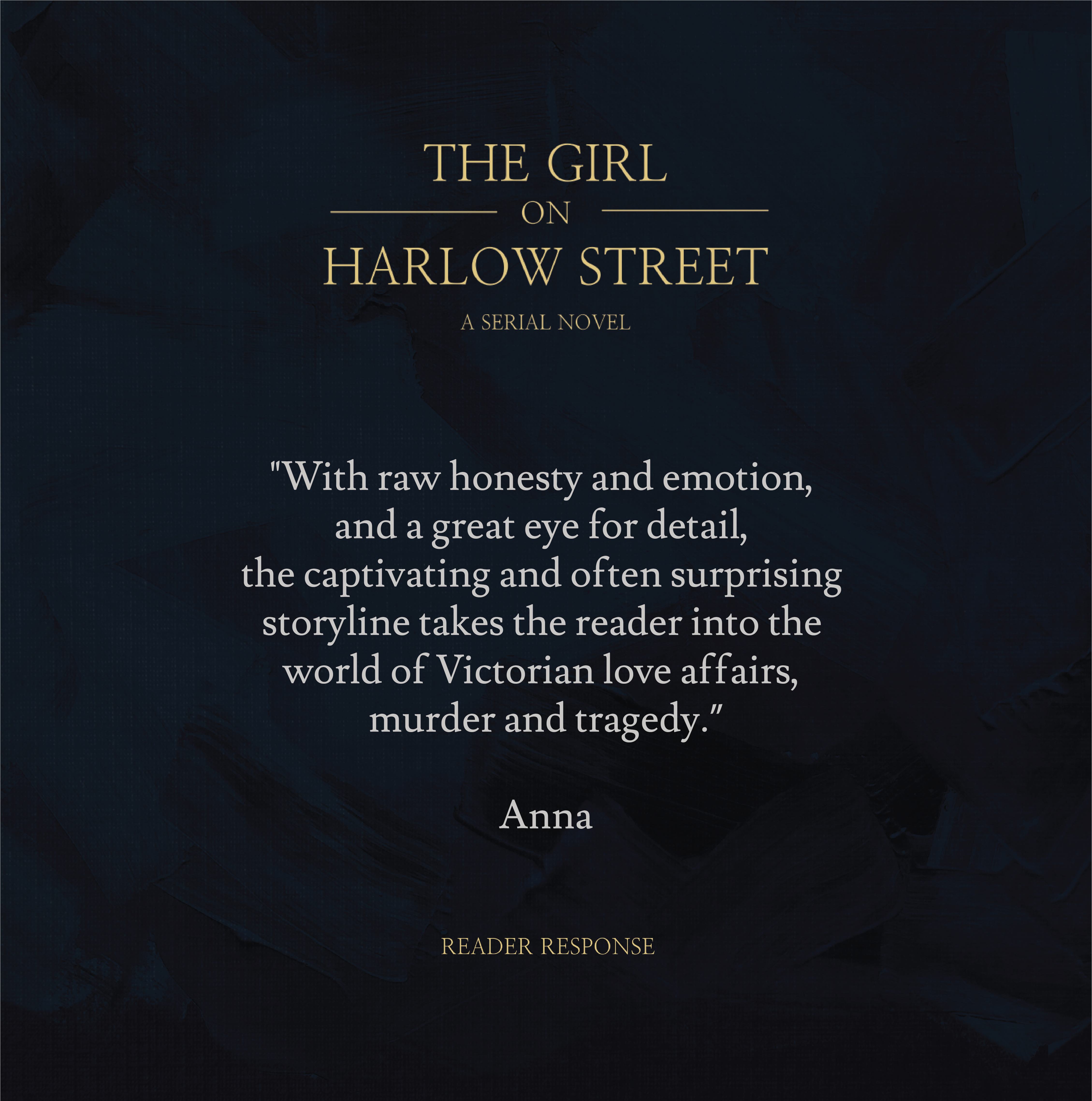 Please note that, as the story is set in England, British English spelling will be used throughout this website.  Also, please note that the novel comes with a content advisory warning and is recommended for adult readers.