It’s February 17th, 2021, and if you’ve read the two chapters which I’ve posted this morning, you’ll know that Detective Gemma Redmond, the Mistwell Police Force’s resident historian, is a reincarnated Ada.  My job now, in the rewrite, is to go back to the beginning of the novel and begin to lay the groundwork for that.  The big challenge is how to keep Detective Redmond’s character in the background of the reader’s psyche without having the reader suspect that she is Aubrey’s murderer (and by osmosis, George and Justine’s killer), and is on her way for Phil (a reincarnated Sidney).  I put together this story diagram in the summer to help me figure out how I was going to do this.  Please bear in mind that when I did this diagram, there was still no musical thread in the novel. 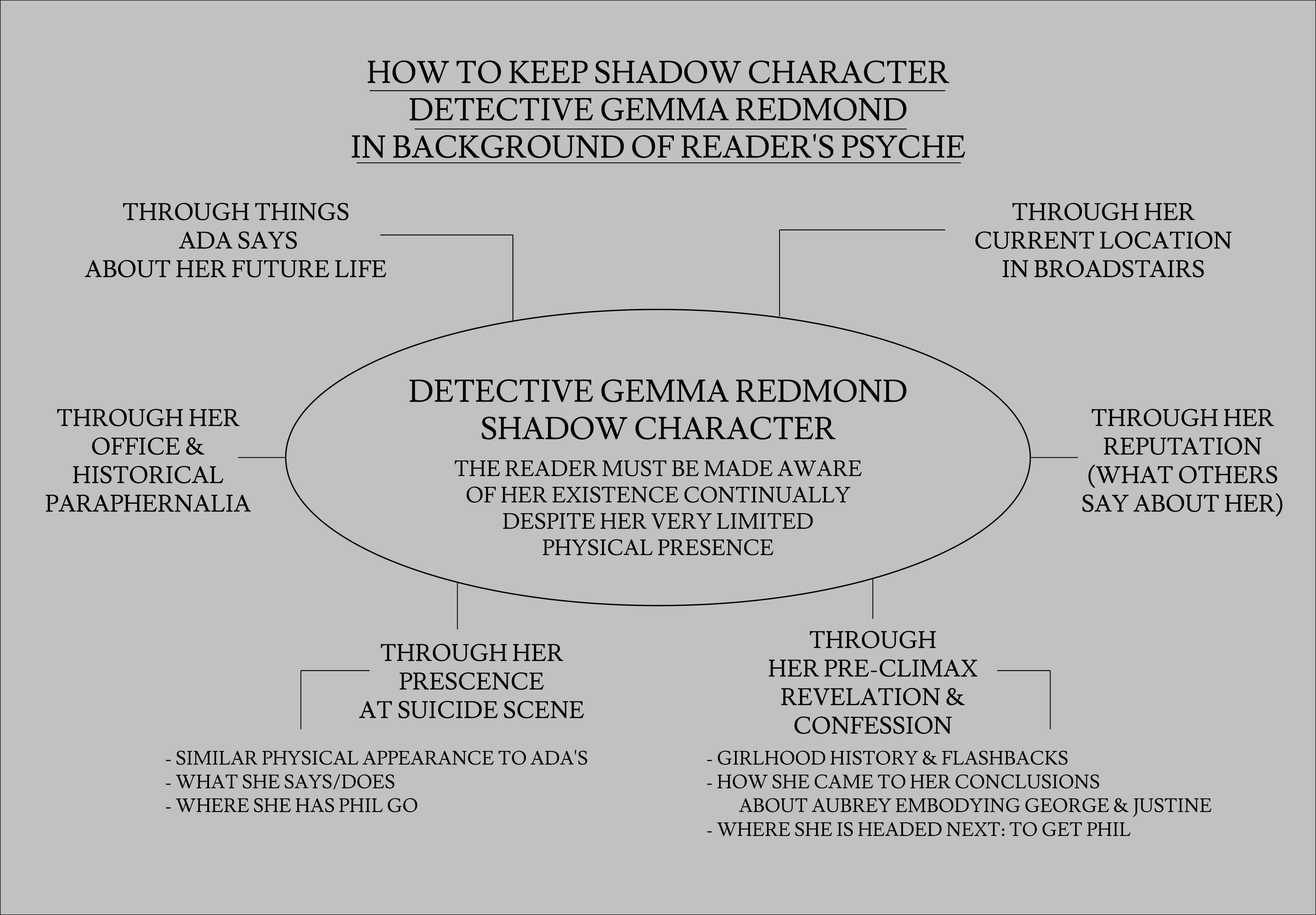 Also, this past summer, at the same time as I drew the above diagram, I put together another one to convey how Phil, by being in Redmond’s office, is surrounded by the biggest warning of all, but without seeing it.  He’s so consumed by the manuscript, and by himself, and his own lives that he fails to think about his setting.  This would be like us unnoticing of the air we breathe, or a fish, unquestioning of the water in which it swims.  Much like the iconic figure Narcissus,  Phil is so self-absorbed — though in Phil’s case, Aubrey’s manuscript is his mirror, as is the very glass wall separating him from the Polaroid Room — he neglects to consider that the room in which he sits forebodes imminent danger.  Redmond/Ada is guilty of the exact same thing, however, because in her obsession with her immediate storyline (George/Justine/Sidney/Rosegate), she is blind to a massive part of the plot (Justine/Greg/Sidney/Harold/Foxglove) that may well jeopardize her safety. 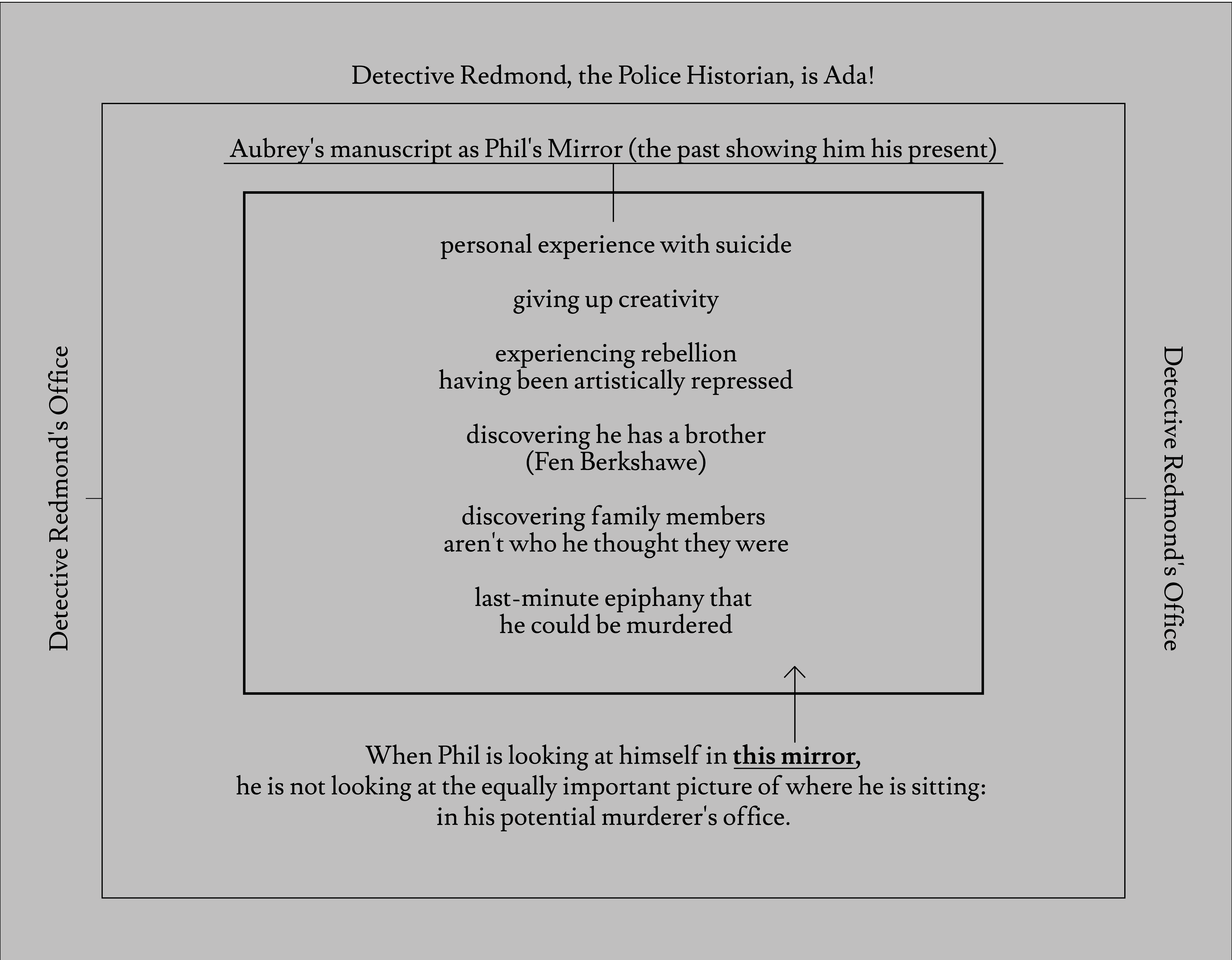 Just to reiterate, when I rewrite the novel, I’ll have some major detailing and streamlining to do on this infrastructure (one amongst several) in the novel.  But, as we’re entering the last sweep of chapters now, with today’s revealing Redmond as Ada, I wanted to share these story diagrams with you.  One last note:  in an original version of the story, unpublished/unposted, George says,  “If Ada were a song, she’d be in a minor key.”  In my musical thread, I have Phil associate Ada with songs which are in a minor key.  This will be relevant in Phil’s final chapters.