One of the main themes in ‘The Girl on Harlow Street’ is the solving of adult problems with the skills gleaned from childhood pastimes.  The idea is that often the solutions to present-day conundrums (and in this novel’s case, murder is amongst those conundrums) lie in the distant past, frequently in the simplest of child’s play. 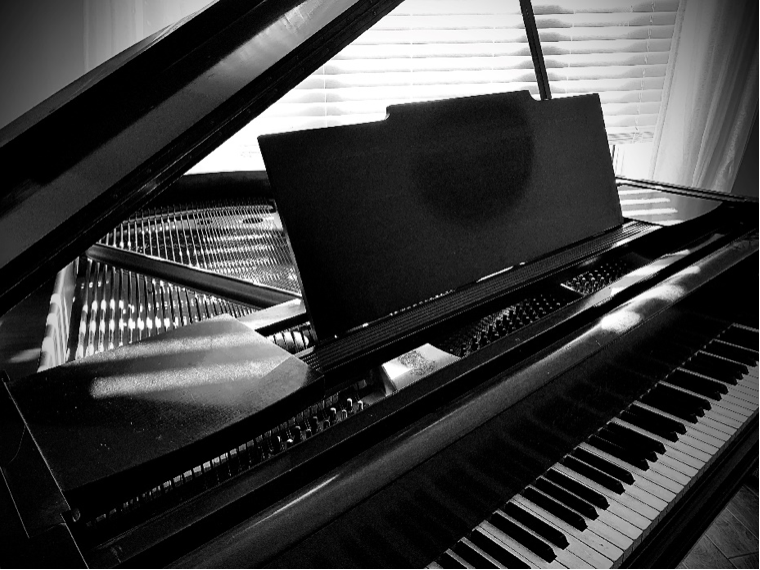 For the most part, writers, thank goodness, do not practice what they preach; riveting plots, if lived, would wreak total havoc in their creators’ lives.  Literary crimes of the heart would render them bereft of spouses.  Storybook crimes would land them in prison.  So, for most, it’s a ‘what happens on paper stays on paper’ situation.  And, in keeping with that mantra, the shenanigans on Harlow Street, for me, were exactly that – storybook situations – until I was faced with a rebellious little problem which didn’t want to be solved in print which, of course, is ridiculous, considering it was in print!

So, stumped by this particular problem, one of the last remaining mysteries in my own story, I decided to defy the aforementioned mantra by taking a page from my characters’ book and doing off-page what they were doing on it.  I decided to break my own rule and practice what I was preaching by solving a dilemma with a past activity, that activity being music.

‘Activity’ isn’t the right word for my former pastime, nor is the word ‘pastime’ adequate, because, from the age of four to the age of twenty, by way of the piano, music was an obsession, and from the age of fourteen onward, it was a job as I was a junior choir leader in a small church first, and then an organist and adult choir leader in a larger church until I went to university.  I was also, briefly, the accompanist for ballet classes, as well as the supervisor for a musical theatre program.  In all these jobs, minus the ballet classes, I composed songs for the participants – and loved doing it!  However, as is often the way, as I got older, studies, work, marriage, and motherhood took over, and the piano lid stayed closed.  Until six weeks ago, that is, when I decided I’d test the figurative waters to see if I could still compose a piece of music, one that I could incorporate into my story in some way.  And, because ‘The Girl on Harlow Street’ is as much about the process as it is about the story, I decided that, no matter how rusty I was (which was pretty rusty), I’d share the musical development with you here, on the website, which I’ll do shortly.

When it came to this composition, I wasn’t thinking of creating a soundtrack to the future digital and/or audio version of the book, although I’m not ruling that out.  What I was thinking of was having an important piece of music in the story, a piece of music which would have considerable bearing on the outcome of the saga.  I knew I could slip a piece of music into the plot without composing it.  That said, if I took the time to actually compose the piece, I’d not only be able to describe it more accurately in the narrative, I’d be able to give readers the opportunity to hear it which is the whole point of music anyway.

If you’ve been following the novel-in-progress, you’ll already know that I’ve branched out beyond the text to include visual art in the story, visual art which, by the way, contains clues to one of the story’s mysteries.  So why not bring another discipline into the mix and turn ‘The Girl on Harlow Street’ into a multidisciplinary novel, and give readers an experience which further expands beyond the perimeters of the writing?  That, to me, seemed like an interesting idea as well as a challenging one.

There is, however, another reason why I’ve decided to do this which is to push myself beyond my comfort zone.  Creativity can be messy; there’s a lot of blood, sweat, and tears behind a finished product, not to mention nerves when it comes to pushing it out into the world.  So, by sharing my developing music with you, I’m fighting my own nerves and, in doing so, exposing my vulnerability when it comes to creation and performance, attempting to be ‘creatively brave’ we could say.  The recordings below are ‘in-the-works’ so they’re definitely not perfect and, after two decades of not playing, my fingers aren’t as nimble and controlled on the keyboard as they used to be.  By doing what I’m about to do, I want to set an example for my three grown children by demonstrating that it doesn’t matter how old you are, you can still play around with words, visual art, sound, food, whatever, and share your creations with anyone who cares to receive them – but most importantly, with your younger self who might have been a bit neglected along the way.

Before I share these recordings with you, I want to mention Hiromi, an inspiring Japanese pianist who my daughter Rebecca and I saw perform in Montreal when Rebecca was fifteen.  In her performance, Hiromi often stood up from the piano bench and tapped the piano’s wood or plucked the strings; she looked beyond the keyboard to create an innovative, engaging presentation.  Rebecca and I loved that.  And I’ve drawn inspiration from that performance for life and for my developing craft.  With regards to ‘The Girl on Harlow Street’, how can I use elements beyond the traditional, written story to contribute to the storytelling?  This is the question I’m addressing with the inclusion of the visual art illustrated by Christine Kilfoil, and with my own music.  I’m also playing around with adding food to the multidisciplinary line-up by way of recipes included in the novel.  But that’s another endeavour for another month.

For now, here are three recordings.  The first one, 'Broken Together' is a miscellaneous piece I'm working on for the novel as I try to come up with music which captures the ambience of 'Foxglove'. The second one, ‘Chappell Grand’, is of me playing a piece of music I composed when I was sixteen (inspired by my piano in the above photograph).  My grandfather recorded what you'll be hearing and my son moved it onto an MP3 file. The third one, ‘Four Shadows’, is of the main piece of music I’m working on for this novel.

I’ve been trying to find a photograph of me at sixteen, at the time when I composed 'Chappell Grand' and this photograph below is the only one I could find.  The second photo is of me now, so many years later, as I try to revive my teenage love of the piano. 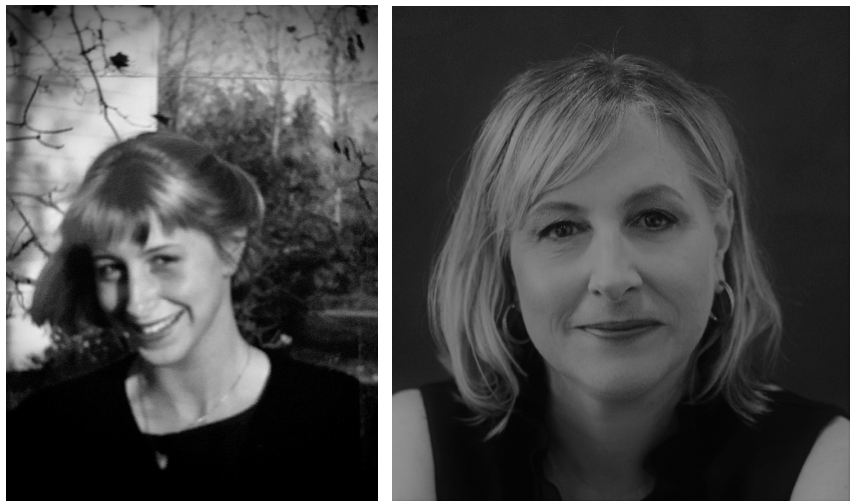 Bear in mind, I’m still a little rusty and I slip up in a few places.  But that’s what it’s all about.  I hope you enjoy listening!