It’s been a while since I posted a project update so I thought I’d post one today to let you know how things have been developing this past month.  If you’re up-to-date with the novel, you’ll be aware that I’m still writing my way through this very lengthy Justine and Gregory thread which takes place in 1849.  After today’s chapters (“Arrangements” and “The Last Time”), Gregory’s hours are numbered and what has been the Justine/Gregory thread will be the Justine thread, although Gregory will remain in spirit within that story line.  When I edit the entire novel, this story line will probably be broken up as I weave in the re-written modern-day Phil sections.  For now, however, I’m staying in this time period to maintain the flow as I get deeper into the Victorian characters, in particular into Justine.

I wrote “The Last Time”, the second of the chapters mentioned above ages ago, long before I got into the Justine thread so you’ll probably notice it doesn’t flow cleanly out of “Arrangements”, the chapter before it.  However, I’m posting it in the sequence because I fully intend to keep the scene around which it revolves in the novel (you’ll see why when you read it), although I’ll need to fine-tune the transition between it and the previous chapter.

For the past several months, while working on Justine’s life story (much of which I’ve not yet posted), I was turning out about 70-80 pages a week.  Now, as I begin to work on both George and Justine’s reaction to Ada’s death and Sidney’s suicide in 1873, I find myself going much slower.  For example, I’ve written about 30 pages in ten days.  I believe this is because it takes incredible amounts of emotional and mental energy to place myself in the mindset of a lover (George) and a mother (Justine) dealing with suicide.  To tap into every bit of grief from my own past that I can muster, to open myself up to death, to suicide, to loss, to confusion, to denial and to emptiness is both demanding and draining.  I’ll find myself writing a page or two, sometimes even a paragraph or two, then having to take a break before going back to it.

To keep the project going whilst going at a much slower pace with the creative writing, I’ve been working on a series of story diagrams and blueprints to organise the overall structure of the novel.  I can’t share these with you right now because they give too much away, but once I get to the end of this process, I will post them.  As well as working on these, I’ve been compiling the next set of notes and reference images for Christine’s illustrations:  a character illustration of Victorian solicitor Harold Clarke, another character illustration of a “secret” character and a large setting illustration of Foxglove, Justine’s soon-to-be cottage which will be subject to some real-estate drama in which Harold will be involved.  If you recall, Harold Clarke, along with Thomas Bevin and Cyril Greaves, was one of the visitors to Rosegate before Gregory went to Portsmouth.  With regards to the illustrations, Christine has just finished Gregory and the young version of Justine which are now in the Harlow Gallery on the site.

See below the evolution of Christine Kilfoil’s portrait of Justine. 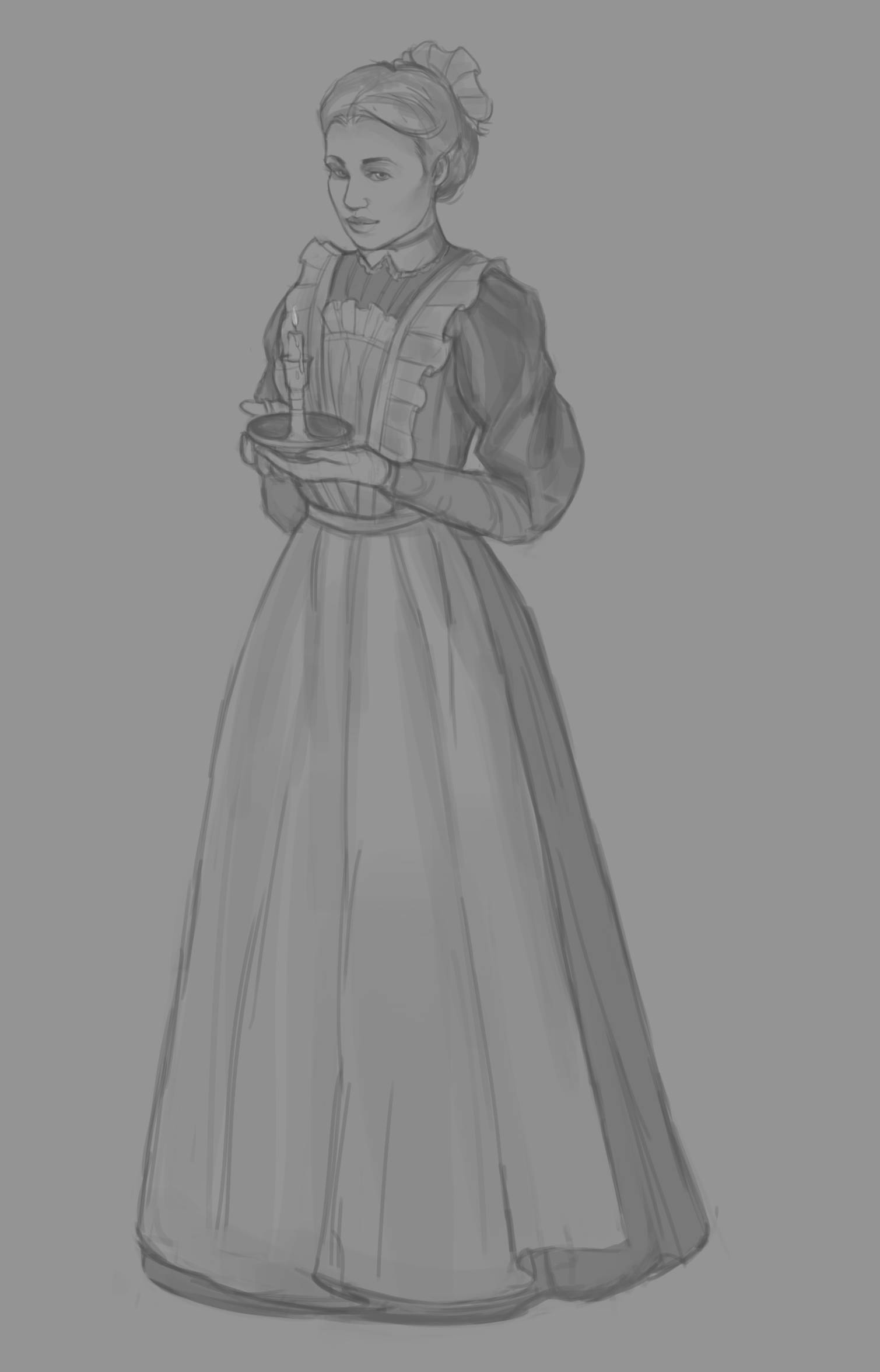 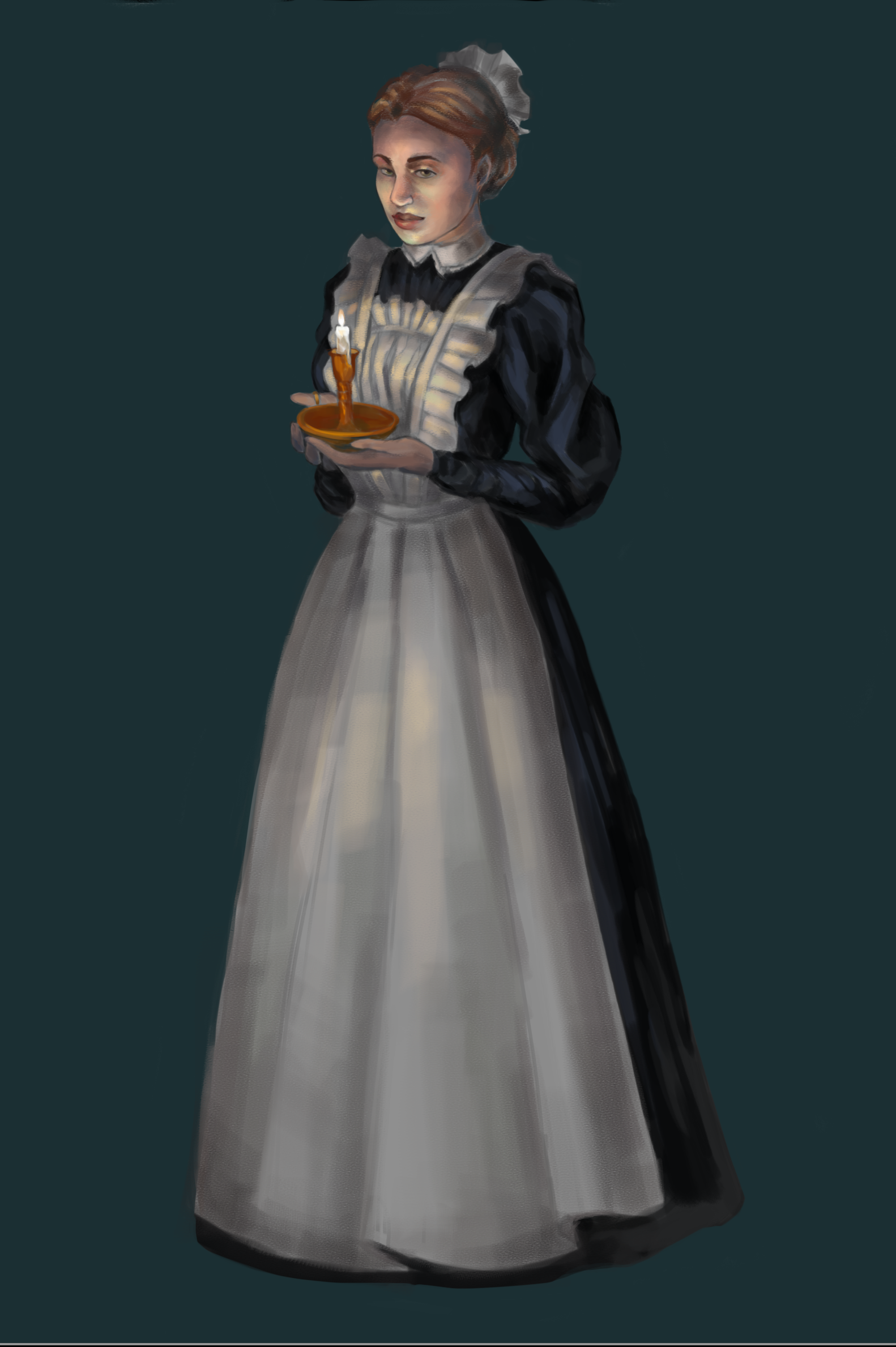 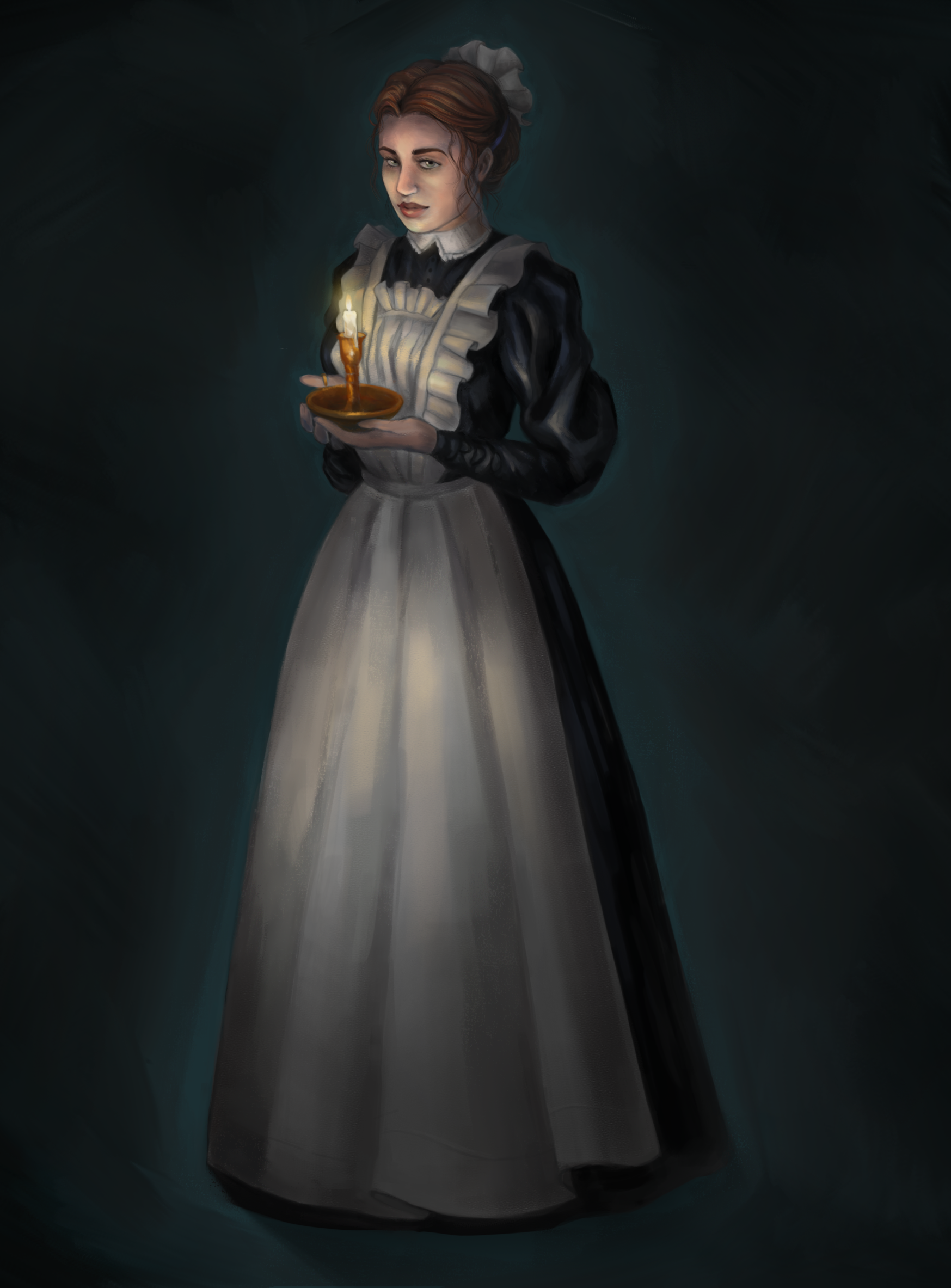 In terms of plot, after Gregory’s death, we’ll be staying with Justine for a while as she deals with her bereavement and gets to know Anthony Winterbourne, her future husband.  We’ll see some of the ups-and-downs in her marriage with Anthony as well as the first Foxglove drama after Anthony dies and another visit to the Red Glass Lantern to see painter Seymour Higgins.  We will also see her struggles after Sidney dies, some of which revolve around Foxglove.  We’ll also be seeing her developing friendship with Harold Clarke, the solicitor helping her with her real-estate woes.  And then, we’ll be into the section that I’m whittling away at now: the Justine/George dynamic just after Ada and Sidney’s deaths.