One of the most important settings in the novel is Cemetery Grove, the old family graveyard located through the archway in the far wall of Rosegate’s back garden.  This place has been clear in my mind from the story’s conception.  Dominated by two significant trees (the oak tree to the left and the linden tree to the right) and by the ever-present white stone bench under the oak (which also has great significance), the graveyard looks through a wrought-iron fence over Sorrel Lane toward the sweeping landscape of the heath. In Gregory and Justine’s time in 1849, Cemetery Grove is still grave-less, but its purpose is well established as a future burial site and it has already been named Cemetery Grove in preparation for that purpose.  In George’s time, the headstones begin to appear.  And, of course, by the time Phil visits the graves in present day, the graves of all the Victorian characters are there.  As the novel opens in modern times with Phil acknowledging his visit to the graveyard, we are aware of the Victorian characters’ deaths before their story even starts.  Its presence throughout the novel never lets us forget about our mortality; it keeps death near.  At the same time, all the writers in the novel (Aubrey, George, Gregory and Justine) — and me, the writer of the novel — are continually in defiance of that reminder, bringing the dead back to life.

In terms of how realistic it would’ve been for an upper middle class Victorian family to have had a little cemetery at the bottom of the garden, from my research, I discovered it was done occasionally.  However, as the nineteenth century progressed, it became less and less common. But Mistwell Heath, while in the England in my mind, is storybookish in nature and therefore malleable; accommodations can be made to have Cemetery Grove in the story. In fact, it must be there.  It is the place of murder, sex, burial, discovery and epiphany.  And, unlike the cemetery in town, it is always visible from the back windows of Rosegate, a constant reminder of death. It continually tugs at the heartstrings of the characters who have loved-ones resting there and reminds them of where their bones will lie one day.

Perhaps because this setting was so vivid in my imagination, it didn’t take Christine long to shift it into visual art.  While she hasn’t yet finished the final version which should be up in the gallery in a fortnight, she has been willing to share the preliminary versions.  As we are currently in 1849 in the story, she’s illustrated the grave-less version, but has done so in a way that it can be modified in terms of season, century and graves as we move into the other time periods. 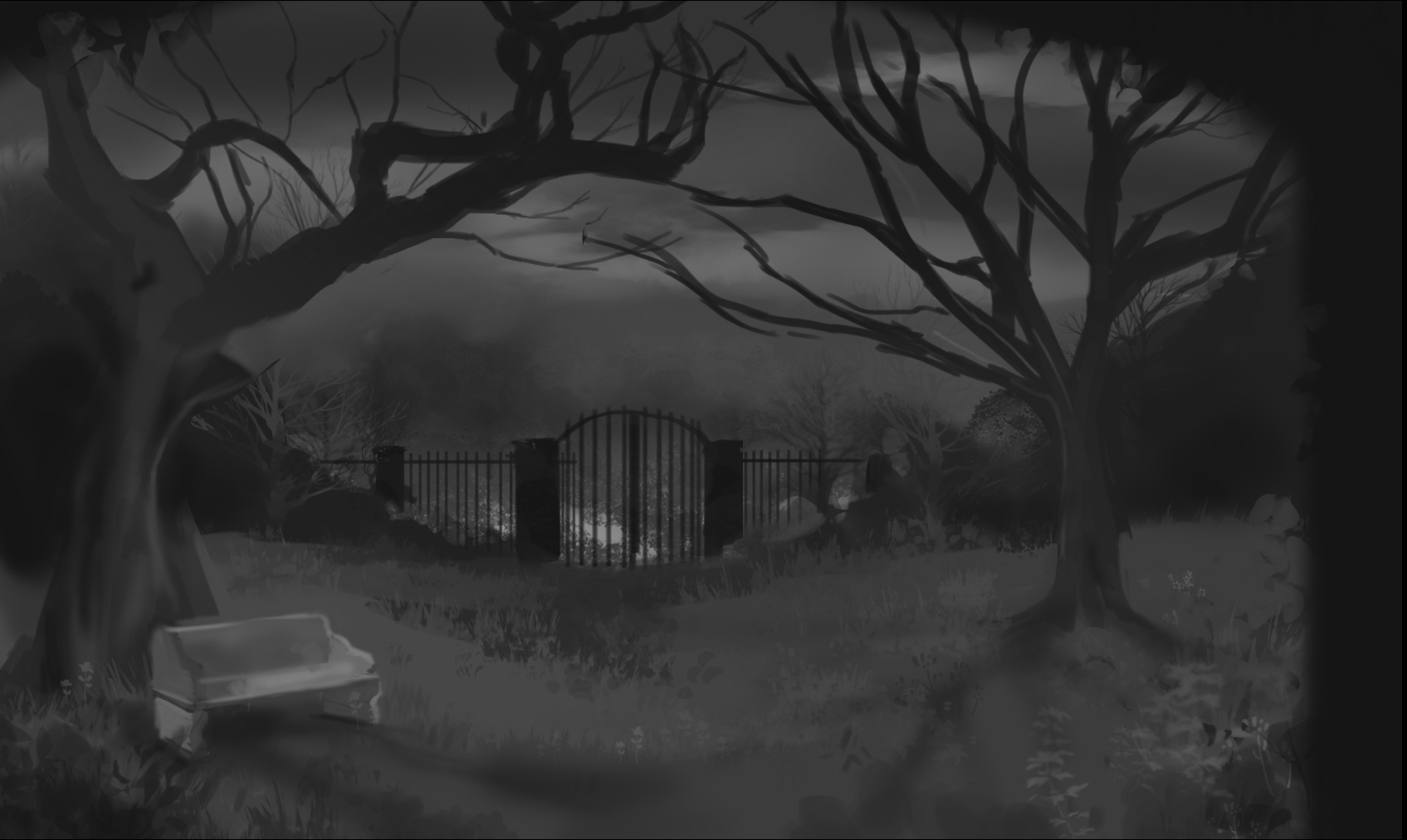 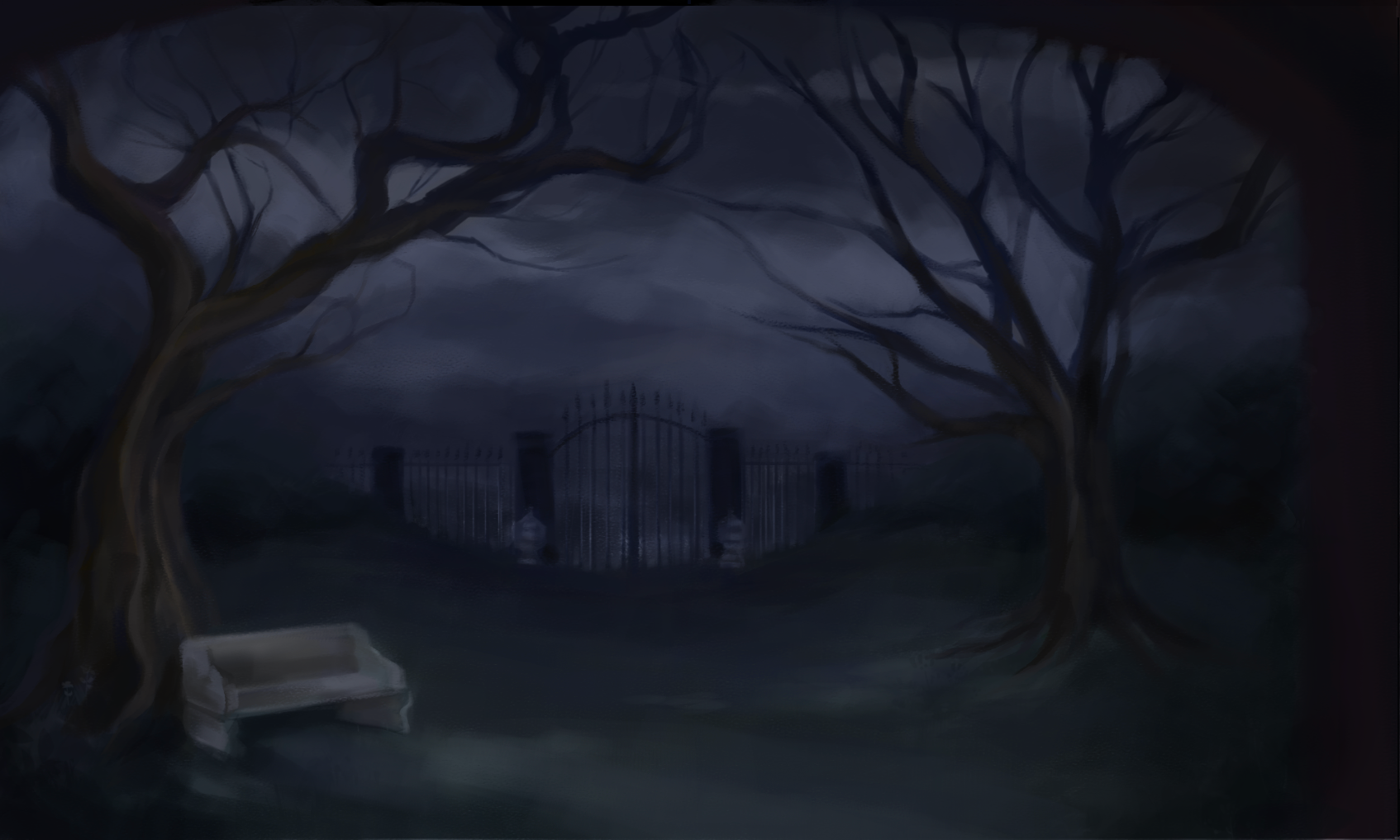 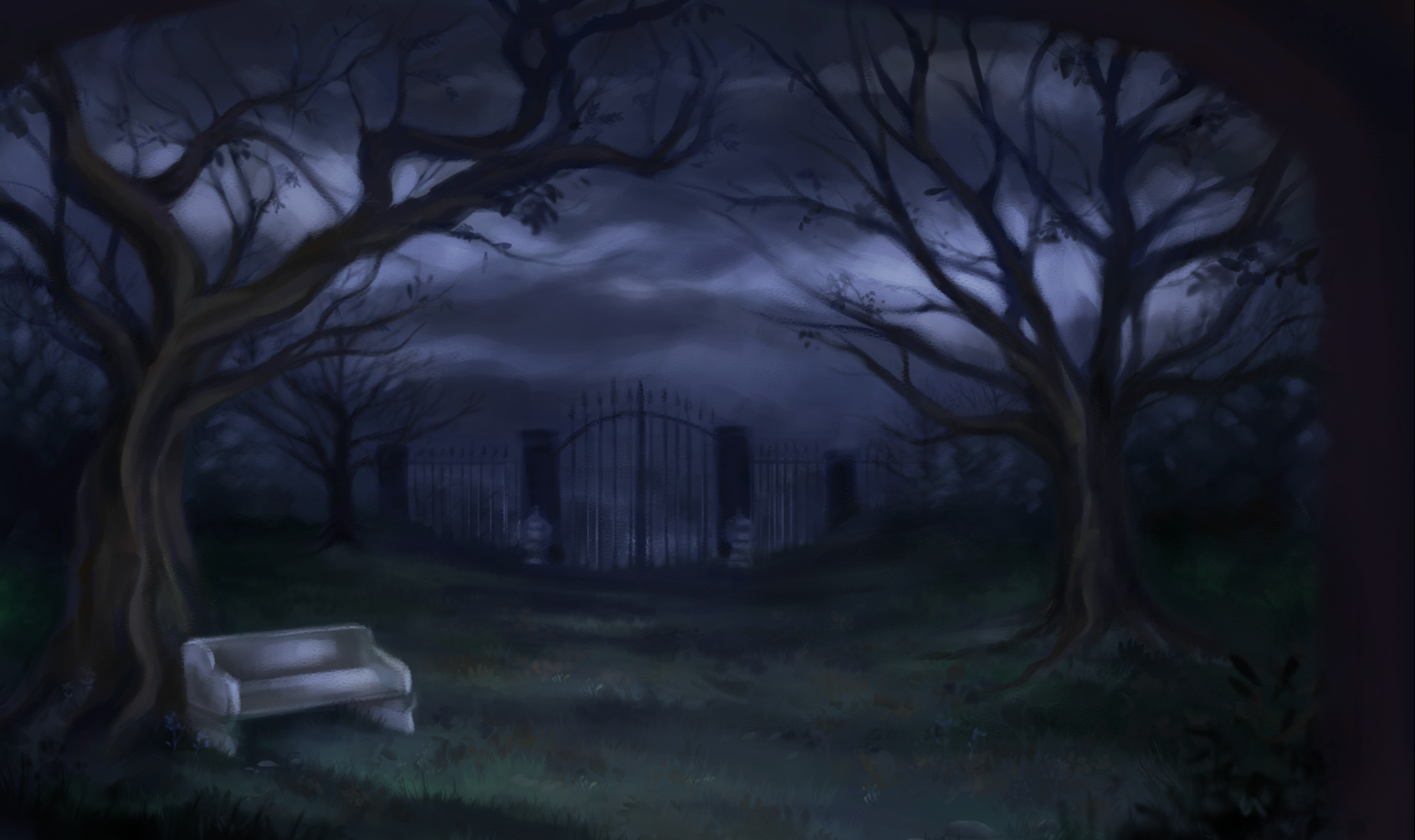 While Christine still has more details to work in as well as adding Sorrel Lane (which runs past the fence) and the heath to the illustration, this gives you a clear idea of how it looks.  As usual, I’m beyond pleased with Christine’s work and her ability to translate the people and places in my mind into visual art. You can check out Christine’s credentials in the contributors’ section of the website.

The above illustration will also provide the context for one of the novel’s first “vignettes” or small scenes from the story as Christine is going to illustrate Gregory and Justine pre-love scene under the linden tree, the site of Gregory’s future grave.